Giovanni Fattori (Livorno, 1825 – Florence, 1908) was the standard bearer of a period of powerful painting, who was capable of interpreting the transformations taking place in modern vision throughout the second half of the nineteenth century.

To this unparalleled artist, the Bano Foundation is devoting an anthological show, in the framework of its ten-year project covering nineteenth-century Italian painting. The exhibition will be held in Padua’s Palazzo Zabarella from 24 October 2015 to 28 March 2016, providing the public at large with an understanding of one of European art’s leading protagonists.

Curated by the most credited experts in the life and work of the painter from Livorno, Francesca Dini, Giuliano Matteucci and Fernando Mazzocca, the exhibition features more than one hundred paintings, more than sufficient to build on its absorbing chronological and at the same time thematic approach – from his cocky 1854 Self-Portrait, which already shows signs of the revolutionary strength of his painting, to the last masterpieces he painted at the dawn of the twentieth century – to depict the incredible versatility that unfolded during a long creative career, as he got to grips with a variety of different topics and genres.

Fattori passed with the greatest of ease from landscape, which he interpreted to surprising effect, to portraiture, in which he achieved no less astounding results, and on to set-pieces depicting contemporary history, a genre where he numbers among the acknowledge witnesses of his times, and to scenes from everyday life, in which he succeeded in sharing his fellow humans’ states of mind and the more dramatic problems besetting them.

A visit to the exhibition set up in Palazzo Zabarella takes in Fattori’s career in its entirety, from the revolution of the Macchiaioli painters, in which he played a leading role, entrusting his reputation to the contained format of his legendary small paintings, such as Palmieri’s Round Terrace, to the epic dimensions of the large formats he used to depict the historical and social changes taking place around him in Italy, ultimately experimenting with new terrains of iconography and form, whose results brought him closer to other solitary geniuses, such as Courbet or Cézanne.

After receiving an academic training, his gifts came to the fore rather late, when he was already over 30 years of age. That is when he took part in the lively soirées at the Café Michelangelo, the effervescent Florentine backdrop to the revolution of the Macchiaioli painters. Even so, compared to the other painters who took part in the movement, Fattori immediately made a mark for the strong, independent personality that enabled him to make courageous decisions.

In the dramatic masterpieces he painted as a mature artist, such as The White Wall (or The Lookout) or the Rider Caught in His Stirrup, which he expressed with a language that goes beyond the dimension of denouncing social conditions to achieve a universal perspective, Fattori was the lucid interpreter of the disappointment of a whole nation that had come out of its national revival, the Risorgimento, only to find itself incapable of achieving the ideals of social justice that had been its young people’s driving force. It is this greatness that immediately made him a classic, comparable to the maestros of the Quattrocento, such as Beato Angelico and Paolo Uccello, but also to Goya and to his own contemporary Cézanne.

Although he lived in Florence after 1846, he often went back to his native Livorno, but also to nearby Castiglioncello, the Macchiaioli painters’ favourite place, whose crystalline light he succeeded in capturing like few others. His last destination was southern Tuscany’s Maremma, a harsh, wild landscape that he introduced to the world in the masterpieces he painted in his last years, as Cézanne did with his Provence and Gauguin with his Polynesia.

In contact with a variety of natural scenes and several different situations from history, when he conjured up the events of the Italian Risorgimento in his militarily-themed paintings, with the individual men whose existential and social condition he always captured so acutely, his style changed continuously: from his splendid painting in the bright, colourful splashes (or “macchie”, hence the name of the movement) of the small works he did as a young artist, to the more dramatic visions introduced by a new perspective approach and an increasingly powerful use of drawing in his more mature works, culminating in the deformation of his last works, whose disconcerting modernity seems to anticipate the avant-gardes that would only arrive in the twentieth century.

The exhibition will also devote due attention to Fattori’s graphic output, featuring a section comprising a dozen etchings on zinc with the capacity to illustrate how Fattori achieved an absolute pinnacle in this field, too, both in technical and in stylistic terms, even though he only embarked on this venture in the 1880s. As in his paintings, his recurrent subjects are taken from real life, peasants and soldiers, surrounded by nature that the artist always explored with considerable emotion. 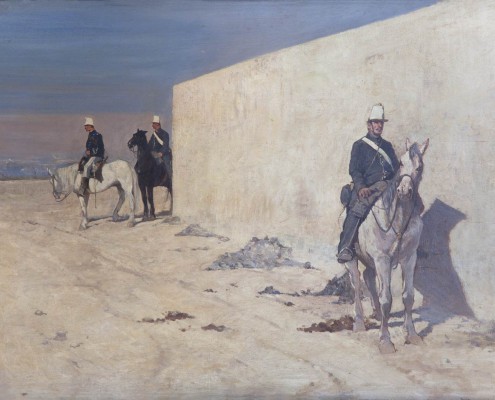 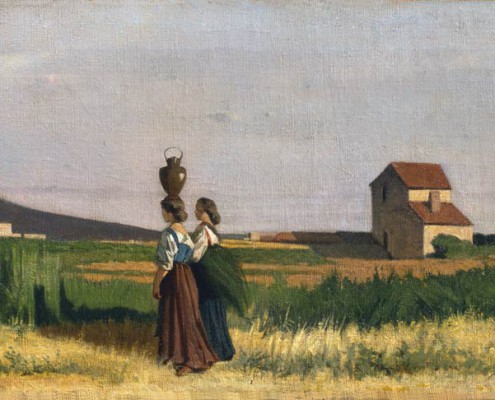 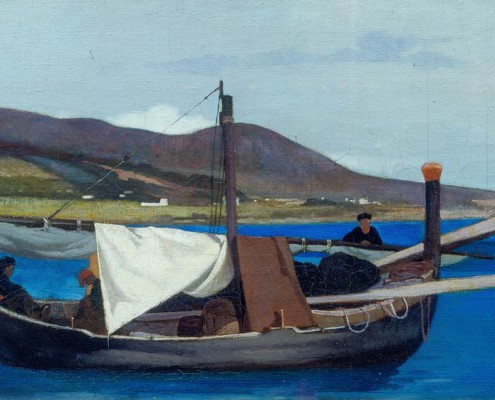 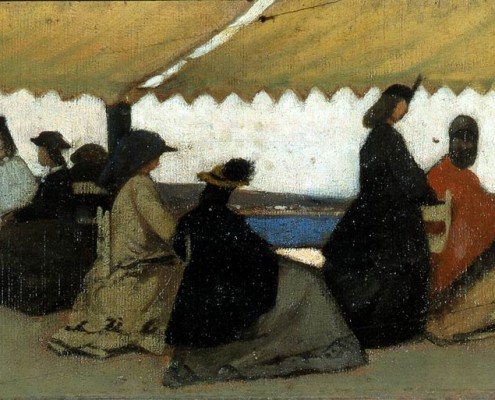 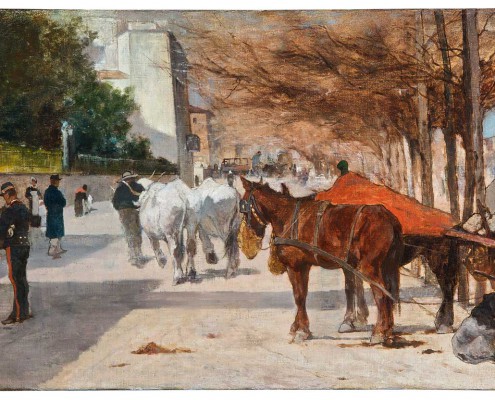