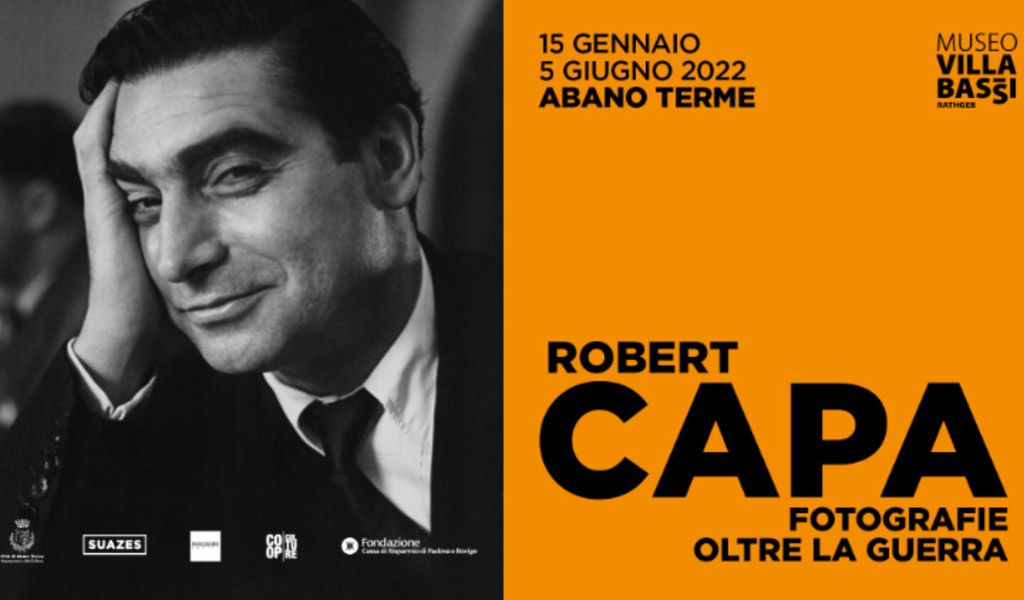 In 1938 Robert Capa was defined by the prestigious English magazine Picture Post as “the best war photojournalist in the world”. Undoubtedly the war experience was at the center of his activity as a photographer: He began as a photojournalist during the Spanish Civil War (1936-39), continued attesting with his shots the Chinese resistance to the invasion of Japan (1938), the Second World War (1941-45) – among which stands out the documentation of the landing in Normandy – and still the first Arab-Israeli conflict (1948), and the French one in Indochina (1954), during which he died, killed by a landmine, at only 40 years old.

A fame that allowed him to publish in the most important international magazines, such as Life and Picture Post, with that style of photography which is powerful and touching at the same time, without any rhetoric and with such an urgency that he pushed himself to shoot a few meters from the battlefields, right into the heart of the conflicts; famous, in this sense, is his declaration “If you haven’t taken a good photograph, it means that you haven’t got close enough”. His photographs are now part of the iconographic culture of the last century.

But Robert Capa’s work was not limited exclusively to witnessing dramatic events, but also ranged into other dimensions not related to the suffering of war. This is the starting point of this exhibition project at Villa Bassi Rathgeb in Abano Terme, which aims to explore parts of the work of this famous photographer who is still little known.

A project that focuses precisely on Capa’s little-known reportages, an exhibition to discover his photography away from the war.

The exhibition explores his relationship with the world of culture of the time with portraits of famous people such as Picasso, Hemingway and Matisse, thus showing his ability to penetrate deeply into the lives of the people immortalized.

At the same time, there will be a section dedicated to his reportages on period films. After the end of the Second World War, it was the Swedish actress who introduced Capa to the set of Alfred Hitchcock’s Notorius, where he took his first steps as a set photographer.

In the space of a few years, Capa tackled the likes of Humphrey Bogart and John Houston; he immortalized the beauty of Gina Lollobrigida and the intensity of Anna Magnani.

He then matured the choice, congenial to his sensitivity and to the privileged object of his artistic research, to confront himself with the great masters of neo-realism. Extraordinary, therefore, the images captured on the set of Bitter Rice, with breathtaking portraits of Silvana Mangano and Doris Dowling.