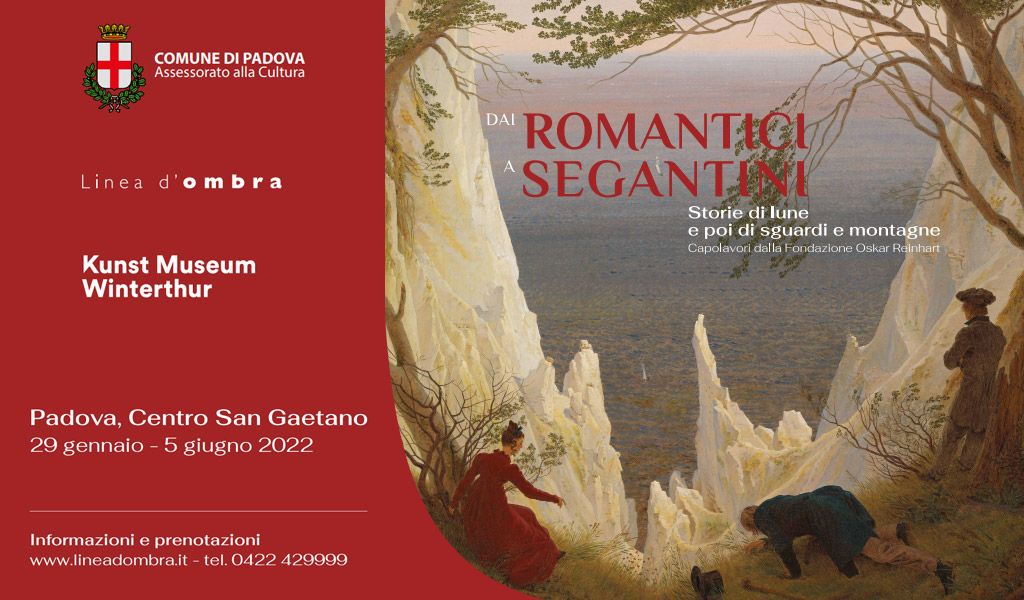 The new, large-scale exhibition in Padua, Dai romantici a Segantini (From the Romantics to Segantini), realized thanks to a collaboration between the City and Linea d’ombra, is part, as the first chapter, of a new, large-scale exhibition project, conceived by Marco Goldin and structured in several successive exhibitions. Its overall title is Geographies of Europe. The web of painting between the nineteenth and twentieth centuries. A vast artistic and historical scenario that will give an account of the situation of painting in Europe throughout the course of the 19th and part of the 20th century, according to a national division or in contiguous areas.

A project that, if on one hand will highlight the territorial specificities, on the other hand will make it possible to perfectly understand the relationships that, especially until the beginning of the 20th century, were manifested between the different national figurative cultures. Painters traveled and went to the places where modernity was advancing. From the forest of Barbizon to Paris, the various academies from Vienna to Munich, the great capitals and the places where art had given its best over the centuries. In this sense, Italy continued to exercise a privileged role, just thinking about, among the many possible names, those who traveled to the Bel Paese, or even lived there, from Turner to Corot, from Manet to Böcklin, from Monet to Renoir, and we could go on at length with the suggestions.

The single exhibitions will always examine, between the nineteenth and twentieth centuries, for each nation or geographical area, those periods in which the art of the different areas had offered the highest results. That is to say, those times, sometimes shorter, sometimes longer, in which painting showed itself capable of overcoming the customs of the past.

This exhibition project was born in Marco Goldin from the continuous suggestions of his study, more than twenty years now, dedicated to the art of the nineteenth century in Europe but also in the world, resulting in his very recent and successful book, published by La nave di Teseo, Il giardino e la luna. Nineteenth-Century Art from Romanticism to Impressionism. A vast fresco of nineteenth-century painting, with all the possible connections between the various nations involved.

Padua will now have the first exhibition of the cycle, something absolutely new for the Italian public, which will find itself involved within the confines of a marvelous story, made up of enchanted landscapes and unforgettable portraits. But the exhibition itself is also aimed at introducing the starting point of art in Europe at the beginning of the nineteenth century, namely Romanticism. For this reason, Germany is at the center of this exhibition, together with Switzerland, with which it shares, at least in part of the century, similar intentions, especially on the side of realism. Obviously, there is no lack of distinctions, since it is precisely Switzerland, between the 19th and 20th centuries, with some enchanting painters, from Hodler to Segantini, who came from Italy, that shows how it is more open to the new.

For holders of free tickets (children up to 5 years old – accompanying persons with disabilities) the guided tour remains at a cost of € 7.